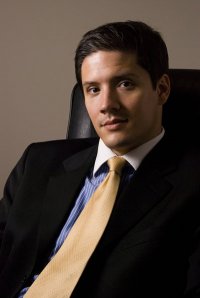 Christopher J. Cabott, Esq. is an entertainment, sports and media attorney, and National Football League player agent with the Law Office of Lloyd Z. Remick and Zane Management. He received his B.A. from LaSalle Univ. (2001) and his J.D. from Widener Univ. School of Law (2005).

Cabott is an adjunct professor at York College where he teaches Copyright, Music Publishing and Music Licensing. He is also an adjunct instructor at Temple University’s Fox School of Business, where he teaches Entertainment Law and Sports Law. He writes a column in Foundation Magazine about the business and legal issues of the music industry and is frequently published in Philadelphia Lawyer Magazine about entertainment and sports issues. Cabott is the co-author of Keeping Out the Little Guy: An Older Contract Advisor’s Concern, a Younger Contract Advisor’s Lament, 12 Vill. Sports & Ent. L.J. 1. He speaks at conferences throughout the country on various and sundry entertainment, sports and media issues. Cabott recently co-authored a chapter in a sports marketing textbook on the “Legal Issues Involved with Sports Marketing,” which is scheduled for publication in the fall of 2011.

Cabott was recently honored as a 2010 “Rising Star” by Pennsylvania Super Lawyers; the sole honoree in the category of entertainment and sports. He is also the reigning Widener University School of Law “Young Alumnus of the Year.” While in law school, he captained the winning team at the 2005 National Sports Law Moot Court Competition in New Orleans, Louisiana and was named the competition’s Outstanding Oral Advocate.

by antwan
About Us, News
0