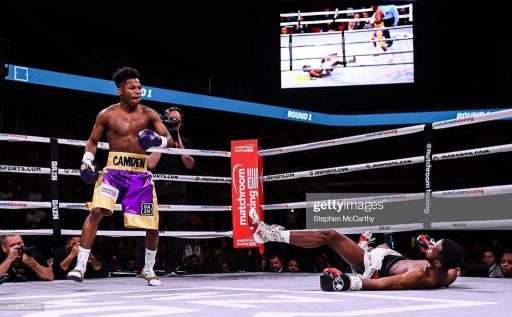 The Law Offices of Remick Cabott and Zane Management would like to congratulate new client Raymond “Savage” Ford on his first professional Boxing victory. Raymond defeated the 27 year old Wusei Johnson by unanimous decision this past Friday in a three minute by four round bout. The 19 year old kid from Camden was able to score a knockdown a minute and twelve seconds into his professional career, showing why Ray was so highly regarded prior to signing with Matchroom Boxing and superstar promoter Eddie Hearns.

Prior to turning pro, Raymond had a distinguished career as an amateur, at one point becoming the second ranked boxer in the nation at 125 pounds according to USA boxing. We wish Raymond the best of luck and nothing but continued success.